The Lucky Path to FIRE 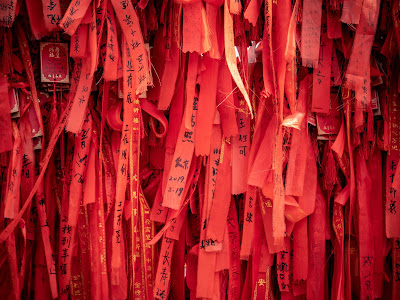 If life is a competition then money is the game. We all have to participate, some of us starting from $0.. This is incredibly unlucky and sadly very common, even in first-world countries as rich as Canada.

Every game, be it Chess, Hockey or Dota 2 (an online multiplayer game with a $34,000,000 prize pool this year) have a certain amount of luck to it. In hockey, it could be a chip in the ice that you trip over, losing your breakaway.. or in Dota 2, an observer ward collapses the moment the character you've been chasing ducks into the trees with 3 alternate paths, leaving you in the fog of war guessing which way to pursue (don't worry if you didn't understand that last part, I'm just being a nerd).

You could blame society for having to participate in the money-making bonanza that is capitalism.. about how unlucky you got because we had to take out student loans to buy your education or how housing prices have pushed Millennials like you and I out of the city we grew up in or any other endless array of financial bad luck we all face from time to time.


Thinking like this only adds toxicity to my otherwise stoic life so instead I try to outsmart the conventional whine-at-the-current-government-and-curse-the-baby-boomers approach and carve out a more optimized financial path RIGHT NOW. If I work hard and come by a bit of luck, I'll have more time for visiting friends and loved ones, soaking up all the knowledge on YouTube, and enjoying some of life's greatest pleasures like watching my children grow up everyday of the week or eating like complete shit every once and a while - all while happily playing the luck-based game of wealth creation.

If you're beginning to nod your head or you know where this has been going this whole time, congrats! I must admit it took me a while to start thinking like a rational human being. If you're still out-of-the-loop, not to worry - here's the message plain and simple. It was said best by Thomas Jefferson, who was a President of the United States way back.

"I'm a great believer in luck. I find the harder I work, the more of it I have."

Basically, if you try harder in everyday life and situations, you will see a positive correlation in the amount of fortune that becomes you. Here are some of the ways I've gotten lucky:

As you can see, I've had quite a few lucky breaks but each time was more calculated then the next and because I kept building lucky scenarios on top of my lucky scenarios, so more opportunities opened up each time. Tell me, how can somebody who remains closed-minded, never changes and is perpetually in debt ever get so lucky? I'd argue everybody gets unlucky from time to time but we all get our lucky breaks too. I'm grateful for the luck that has come from my hard work and I hope you are too.

Feel free to share below how lucky you are :)

Tomorrow I'll be showcasing my "Chess Board" where I use the game pieces to outline 16 ways to help you on your path to FIRE.