Upcoming Articles & A Hint at the Future 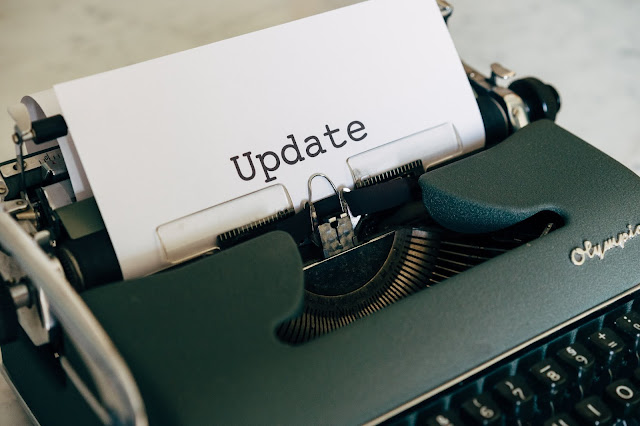 Back in July of 2020 I decided to pull the plug on this blog. Not too long before that I had also decided to step away from my partnership on the Explore FI Canada podcast. Both of these moves weren’t knee-jerk decisions, more like eventualities. EFIC was (and still is) heading in a creative direction that I can’t wrap my head around. As for the blog, the writing was being used to justify criticism and my perceived expectations of what I thought others wanted from me.

The intention from the very get-go was to create a “blogcast” - that is content that is available in both written and audio form. You get to pick your preference and away you go.

Another original intention was to keep this blog as a financial diary for me (and to be transparent to you) while also poking fun of Consumerism in society as I see it. Additional content includes product reviews, shitting on the FIRE movement and beating myself up. Classic CanadianFIRE.

Money Side of Things

To date, I’ve spent $16 on the website entirely - I bought canadianfire.ca domain for two years with that money. The hosting is free if you use Blogger. It’s not pretty but it works. I could pay monthly for a fancier website but I'm not trying to become a lifestyle guru with a book and merchandise shop.

In that time, I’ve written a few product reviews that have earned me cash and one in particular (Public Mobile) has reduced my spending on phone plans to $0 for both me and my wife. If you include that reduction in spending, I’ve earned a few thousand dollars from this site.

This blog has been seen by 30k eyeballs, so I think the profit to readership ratio is pretty good. Even if it isn’t, big thanks to anybody who used my codes. They’re all win/win, we both get the same benefit more or less. I prefer profit from that strategy then blasting your eyeballs with ads, more ads, oh wait even MORE ads and then that email subscriber pop up thing that blocks your whole screen. Ads are dirty by necessity, no thanks.

Sometimes I feel as though I’m wasting my time trying to earn any money from the blog but after deep reflection I wouldn’t have put so many hours into the blog if money was the primary goal. It can’t be, I have much more lucrative ways of earning money at my full time gig as a truck driver than toiling around on the internet convincing strangers that EQ Bank is good.

Back to the Intention

With all that out there, I’d like to detail a quick summary of the future of the blog. Going back to my roots as a financial diary but building on and expanding the diary to include plant-based nutrition, calisthenics, atheism, anti-racism, minimalism, parenthood and marriage. As you can see, I’ll be addressing an overall optimal living strategy rather than only FIRE as a means to happiness.

The ultimate goal is to get the blog underway in 2021 with the podcast to follow later in the year at best or in 2022 at worst. The podcast will closely mimic the blog's written work but with added value that can only be obtained through audio, such as meet-ups or guest interviews where applicable. I actually despise the majority of interview based podcasts - if you agree with that statement then don’t worry, my podcast won’t turn into boring dialogues with people you don’t care about. It’ll be more like the good stuff after the interview on Canadian Couch Potato’s podcast.

Here’s the titles of a bunch of FIRE articles written and to be released and others waiting in the wings to get their attention (in no particular order):

Once those 5 articles have been published, I’ll then broaden the scope of the blog. Here’s a another list of articles that are yet to be written (in no particular order):

Anyways, that’s it for now. Hopefully you’re excited about the future of my content as I am. Writing gives me purpose and planning out as much as I did just now (it was mostly converting those plans from my head to paper) feels great, a release in it’s own way. It’s simply a matter of implementing my goals through a variety of systems that already exist in my life. I’ll likely write about that too now that I’ve just thought about it that way.