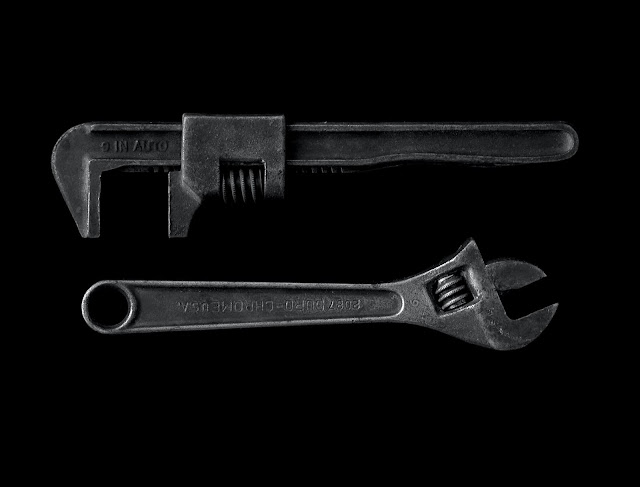 Prerequisite Reading: The Anti-Budget is on FIRE!

It’s hard to put a thought into simple and honest words when so many conflicting viewpoints arise within the FIRE community. We FIRE walkers are not only separated from the outside world but also from each other when we use terminology and tribalism under the guise of specific values. If I’m being honest, I think almost everybody in the FIRE movement has very different values when it comes to spending. We are not one big happy collective spending and saving a FIRE specific way.

And we gotta pay for all that. Each of us end up with different dollar amounts.

Whenever I read about Lean FIRE, Fat FIRE, Barista FIRE, Coast FIRE, Fully Funded Lifestyle Change, and/or Slow FI, I just shake my head. The complexity is unnecessary and content creators (or individuals posting these thoughts to forums) are just using platforms of their own design to project a lifestyle they’ve decided for themselves. Add in some new terminology and BAM! You’re ready to justify the recycled ideology of FIRE. Such processes do not make many original thought leaders.

Early Retirement Extreme and Mr Money Mustache (ERE/MMM) were some of the first people to do this with their cultural redefinition of “early retirement.” Sometimes, the recycled ideology is indeed thought provoking. Other times, the onslaught of new terminology is a hindrance to the overall movement - especially when it comes to bringing in newcomers to the philosophy transition. This is because copy-cats and knit pickers don’t serve an actual goal, which is to efficiently educate existing and new members.

It is in this blogger’s opinion that such complexity is not needed. Ditch the added terminology after ERE/MMM and just use “FIRE” and leave it at that. Don’t start splitting hairs and say dumb things like “FI not RE” or “I’m going to quit my current job and get one more meaningful, so Barista FIRE for this gal!” This is all nonsense.

Your values are your own. Whether or not you FIRE with $500k in the bank, or $5 million, it matters not. When thought leaders or followers categorize those spending levels into different tribes, they are simply projecting their values onto you.

At the end of the day, all the subcategories stem from the one philosophical goal: FIRE. Remember, FIRE is a life-hack designed to end the poisonous 9-5 work grind decades earlier than conventional retirees by having a substantial savings rate above the norm. As I’ve discussed in How to FIRE in Canada, the systems for all those aspiring to FIRE are identical. Increase your income, reduce your spending, invest the difference. It's the same across the board.

All of the terminology talk matters to me because well-meaning friends have tried to place me into the groups. I’ve even tried to categorize myself. But if I’m being honest, I’ve never really identified with any. I don’t even pay that close attention to my FIRE number (that’s a line of thinking for another time).

If you’ve looked at my annual spending, I come across as an ERE/MMM type, categorized as “Lean FIRE” which according to definition means I’m trying to accomplish FIRE with the bare minimum possible. But isn’t that everybody’s goal?

If you disagree with that statement, you mean to tell me you plan on having an irrational FIRE number? Substantially more than you need… for what? Emergencies? That’s called an emergency fund/plan, and should already be incorporated into your FIRE journey. Not to mention risk is a requirement of FIRE.

Let me cut through the bullshit. People want more than they think they need because they have done a terrible job of aligning their values to their spending and cannot anti-budget properly as a result. So a budgeting shortfall will ruin all future discretionary expenditures. This is financial thinking from conventional media who assume correctly that most people are garbage with their money. It has persisted even among FIRE walkers who understand the philosophy and risks involved but can’t quite let go of the old way of thinking about time and money.

I believe this to be a major flaw in people's psyche towards early retirement planning.

The solution is found in anti-budgeting. That’s why I had you read that article first. If you skipped it because you’re a bad apple, here it is in four bullet points:

After your job, you will find meaningful income of some kind from volunteer work (that pays for your meals or mileage, for example) or just consulting part time for the industry you used to work in or setting up an etsy shop or driving Uber because you have a boring day ahead of you. There is no scenario in which the money you FIRE on will be the last you ever see. Impossible. You couldn’t do it if you tried.

That means #1 and #4 above will remain intact, even though #2 will go the wayside once crossing the FIRE threshold.

With that in mind, the fixed expenses become everything. Fixed expenses by their very definition can only include the monthly/annually recurring bills in your life. Meals, property taxes, your annual road trip, etc. That time you ordered pizza last Friday doesn’t count, unless it’s perpetual like clockwork and it ends up being every Friday night. That’s an annual expense and should be included in your FIRE number. Anti-budget for that indulgence. Everything else is discretionary - let your likely reduced income after FIRE pay for those. The more expensive shit you choose to do on a whim, the more work you do on a whim. The difference? It’ll be meaningful work you enjoy, not a job you have to have.

FIRE is more of a feeling than it is a mathematical fact. Yes, hitting 25 times your annual spending is important to me but my gut feeling has more to do with my future than the trinity study. Some of you reading that might be uncomfortable with that approach or straight up disagree. And I get it, I’m just another blogger projecting my own version of FIRE. Ironic, isn’t it? So be it.

I don’t think you have to make it complicated at all or justify to anybody else your spending plan. Rather, you continue to anti-budget your post-FIRE life, which means your fixed expenses are automatically taken care of while you only spend on discretionaries what you plan on earning.

This type of thoughtfulness in your spending is why so many FIRE bloggers allocated fixed amounts of travel spending to their FIRE number and then proceed to do all the travelling they want. Because discretionary purchases don’t really come up often and when they do they’re typically small. Meanwhile, competitive credit card promos pop up and new technologies and apps reduce your fixed expenses further. So lots of FIRE bloggers end up with more money than they need by accident.

A great many other FIRE bloggers talk about the outdoors and spending time with friends/family or pursuing art projects out of passion. It’s no wonder because all that stuff is free or mostly low-cost. They just cost time, remember that thing you saved up for?

In short, all I’ve told you is this: all that matters to your FIRE number is your fixed expenses. If you came away from this article learning nothing, congrats, you’ve been thinking about FIRE correctly all along.

If you’re thinking about FIRE a little differently now, I’d like to think I’ve done you a service and unconditioned you from the onslaught of crap circling the FIRE webs, pulling at your attention for no good reason.

I have one article left to publish of my original list of 5 about FIRE before going rogue and branching into lifestyle optimization articles. It will be called "Locating Myself on the Path to FIRE" which will show you my investments for the first time. You'll see boring old index funds with a fun story attached and of course my dirty little secret I spilled a bit of in "The Fallout of my FIRE."

After that, two final updates will come out before the demise to CanadianFIRE.ca and the new articles flood the horizon. "Doomsday Approaches" and "Crocodile Tears." I'll let you guess what those entail. All 3 posts will come out very soon, well before April 15th.