Locating Myself on the Path to FIRE 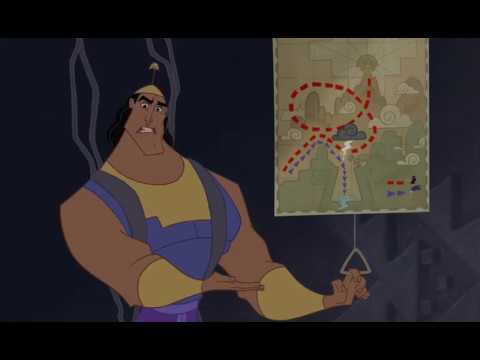 Back when I was all gleamy-eyed and looking for Canadian FIRE content, I stumbled upon a brand new podcast with only 4 episodes out. It was called FI Garage and their third episode was called “Locating Yourself on the Path to FI.” In honour of that fun episode, I have borrowed the name for this article.

Listening to Canadians talk about TFSAs, RRSPs, LIRAs and pensions in context to FIRE is something I’ve always been searching for. Endless google searches of “Canadian Financial Independence.” It's simply nice to hear other people on the same journey as you are without them getting into the non-applicable ROTHs or traditional IRAs.

FI Garage was fun while it lasted for me because I got to hear from people who spoke using Canadian financial terminology. As to whether or not they actually speak to FIRE anymore I’ll leave up to you to decide.

So, without going into my story and evolution of FIRE (that’s a post for another blog) I will simply be throwing down my numbers and speaking to them. Also, you can find my recent articles about Fixed Expenses to calculate how close I am to FIRE.

All totals are in CAD unless specified. Mobile users, turn your phone sideways for better viewing.


So those are the assets. I’ll start addressing the multiple elephants in the room one by one.

“The FIRE Power of VEQT my ass!”

VEQT and it’s strategy have been around for a long time, usually called the Canadian Couch Potato model portfolios. However, I recently saw the light well after a lot of my investing adventures. I think it was around early-2019. Since I’m a long term investor, I’ve decided not to sell all my funds and get the proportions of VEQT dead on - instead, I’ll get there by continually adding to my accounts. I’ll get to explaining WEED further below.

“You forgot to include the TFSAs dude.”

Thanks for rubbing salt in the wound. No, I did not forget either TFSA because they are both valued at $0. Crazy, right? The reason is simply because the accounts were drained to purchase our home in 2016. We decided to pay off the mortgage instead of investing. Obviously, hindsight being 20/20, this was a very suboptimal decision. I don’t have regrets however, as you can see I’m still rich as a fuck so my end game is still well in sight. Since paying off the home, my RRSP has been the most sensible vehicle for contributions.

“No RESPs for the little ones?? Monster.”

I have a family RESP set up for my two mini mirror images. I asked my 2 year old daughter yesterday if I was good looking and she said yes so I have no need to liquidate them at present. The reason it is not listed above is because the money is NOT for me and therefore I do not include it in my savings rate or in my networth. If you're wondering, we are going to max them out completely. They currently hold VEQT.

I’d gladly include it if it existed. My spouse and I talked it over at length and we decided the risk was something she was not comfortable with. I also wasn’t really into the idea of holding onto massive amounts of debt either and I wanted to pay down the principle of the loan once all the tax sheltered accounts were maxed (and the manoeuvre had done its job, creating a giant taxable account in its wake).

That wasn’t enough to convince her to come onboard and, well, it takes two to tango. Again, refer to my millionaire status above and recognize leveraged investing is not a requirement of becoming rich.
"Target Date Index Fund of 2025...? You're 30 years old.."
Heh. What can I say, I don't plan on staying.

Story time! As hinted in The Fallout of my FIRE, I have a nasty skeleton in my closet.

When I exited the military, I took the commuted value of my pension and deposited cash into my bank account (which in turn deposited a bunch of my RRSP) and the other portion had to be put into a federally regulated LIRA. Lame!

I had this LIRA in mutual funds with the military base financial firm but after learning how to invest from my parents I decided to move the LIRA to RBC Direct Investing and give it a whirl. I truly didn’t respect the LIRA, this was play money to me. I couldn’t touch it for 30+ years so what did I care?

I got a hot stock pick from my step-mother and put my entire LIRA into Tweed. Tweed is a medical marijuana company based in Smith Falls, near Ottawa. Tweed had major ties to the Liberal party and Trudeau was promising to legalise and regulate marijuana. Figured that over the course of my lifetime I would see decent growth in the category as weed would become more socially acceptable like beer.

Then it popped. Big time. Tweed became Canopy Growth Corporation and had a major investor, Constellation Brands. After staying invested for several years and forgetting the stock even existed, kaboom. I had bought around $3/share way back when but I could no longer ignore what was happening. $20/share, $30/share, these little gains didn’t mean much to me. 30+ years, remember? But after it was climbing to $70/share, my wife and I decided the bubble existed and sold a massive portion. That portion is what you see today as VTI. Lately, the price sky-rocketed again and we sold another $15k and bought VCN.

I had picked a bunch of individual bank stocks and other categories but in February of 2020, my wife and I decided to pull the plug on individual stock picking, even if long term, and go full indexing. After much deliberation, we also decided to keep what remained of WEED as our original plan was indeed going as planned. It was doing great and we’ll continue to chip at it as the price goes into a frenzy. If it all goes to $0, well, VTI and VCN certainly won’t so the risk is worth it. We’ve capitalized the gains in a very risk-averse way which balances the LIRA nicely.

WEED was completely unprecedented. I figured my LIRA (originally worth $12k) would be around $100k in 30 years. I didn’t do any math, just had a feeling that’s how things would turn out. I didn’t think a 3000% gain would exist in the short span of just a few years. I admit 100% that I got lucky. Luckier than most ever will. Perhaps the GME crowd can put me to shame but even so I didn’t buy assuming unwarranted speculation.

I don’t even smoke weed. I think the stuff is kinda gross if I’m being honest. Sorry hippies.

Hope you enjoyed my numbers and my little story. It sort of.. kinda of.. not really.. invalidates my path to FIRE since betting on one stock and getting rich is a horrible idea. Even if it technically worked for me.

However, it is still locked away via pension laws. I could crack it open early but that involves leaving the country or making close to no income. Not really interested in either. I’ll simply wait it out and unlock what I can when I can most likely. Still a long time off so plenty of time to change course and live in Vietnam.

That’s pretty much it for this blog. Updates coming very soon.